When I first started flying I took my very first lessons in a Cessna 172 G1000. From then on I flew the Cessna 172 Skyhawk through my entire Private Pilot training. There were many questions I had starting out, but one that I get quite often when I talk to people about aviation is how fast does a Cessna 172 fly.

If you’re a pilot reading this you likely know that how fast an airplane flies greatly depends on winds, aircraft maintenance, and many other factors including other drag concerns.

Let’s run down some of the critical speeds for you so you can get an idea.

Likely the most popular answer to your question would be the cruise speed. This is defined as the speed in which you can fly safely. Exceeding this speed means you should not be making an abrupt changes on the controls.

AKA… this is how fast a Cessna 172 flies in normal conditions.

I figured I would throw this one in because if you are starting learn how to fly you should have this speed in your back pocket at ALL times. Stall speed, or VS0 is speed at which when you have power idle and all of your flaps down your airplane will not be generating enough lift and thus will nose down and begin descending to gain airspeed again.

AKA… you’d don’t want to ever accidentally stall an airplane. This is where pilots get into big serious trouble.

These pilots in the video know their stall speeds!

VNE  may help if you are looking for how fast a Cessna 172 can fly. Although not recommended, a Cessna 172 can indeed withstand flying up to but not including the Never Exceed speed of 163 knots.

How fast does a Cessna 172 fly again really depends on the aircraft’s manufacturing specifications and the year it was built. So many variables go into an airplanes airspeed so I would recommend looking into in even further detail as it pertains to your specific Cessna Skyhawk POH. The picture at the top of me flying an old “beater” Cessna 172 is a perfect example of variations in cruising speed. That bird had a hard enough time going 100 knots let alone 122. So again, just be aware of your specific aircraft’s performance numbers and when in doubt ask your CFI.

But for general interest in the line of Cessna 172’s I would recommend picking up a copy of a general Cessna guide like this one: 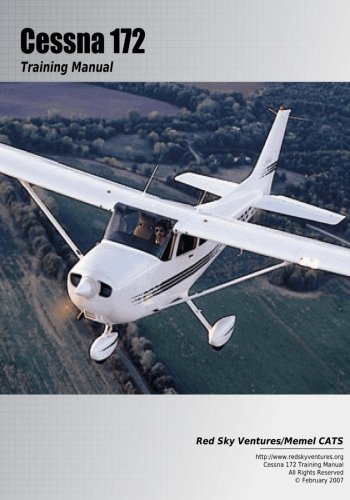 Full Disclosure: We earn a commission if you click this link and make a purchase, at no additional cost to you. Last Updated: 06/12/2018

Remember, it doesn’t matter how fast the airplane flies… it matters that you get in the air and stay there 😉 Study the numbers and learn them by heart so you are a safer and more confident pilot when you fly your Cessna Skyhawk on the reg.

Hey there 👋 my name is Ian (aka: Pilot Ian). I'm a private pilot located in the Great Smoky Mountains of North Carolina. Pilotian.com is where I document and share how to buy an airplane and what it takes to be an airplane owner. Come join me as I discover what it's like to be an aircraft owner.